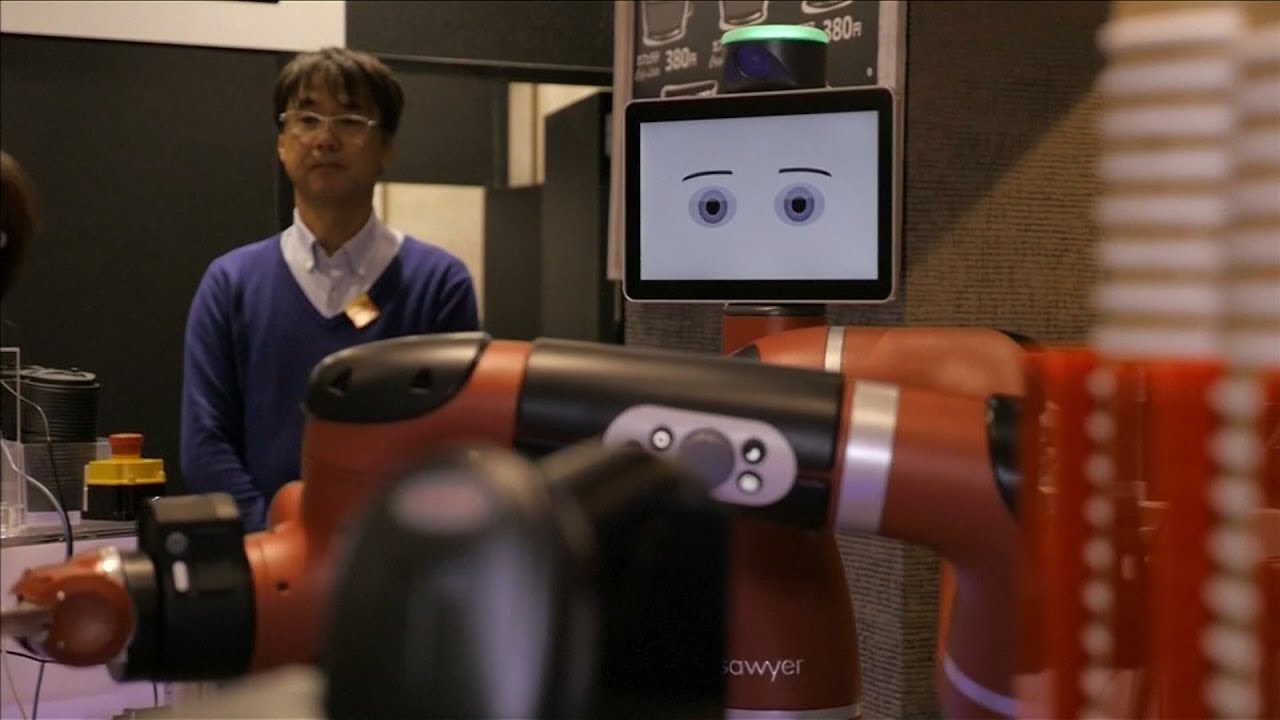 Customers at “Henn-na Café,” meaning “Strange Café” in Japanese, have to scan a QR code printed on a ticket bought from a vending machine in order to get a 320 yen ($3) coffee.

The robot barista called “Sawyer” is able to serve a maximum of five cups of coffee at one go. One cup takes about four minutes to make.

A cafe typically employs about four to five people to operate machines and serve coffee. Here, they are replaced by Sawyer and the automated coffee machine, which the general manager says will help keep the price of a cup of coffee low.

“Henn-na café” will open to the public on Thursday (February 1).

The robot café follows a trend to solve labour shortages in rapidly ageing Japanese society, which raises questions about the future of human labour.

This technological development is not new in Tokyo — travel agency H.I.S. opened its third ‘Henn-na hotel’ in downtown Tokyo on Thursday (January 25) where robots help check guests in and clean the lobby instead of human staff, after the two other hotels in Tokyo and Nagasaki, southern Japan, became famous tourist attractions.