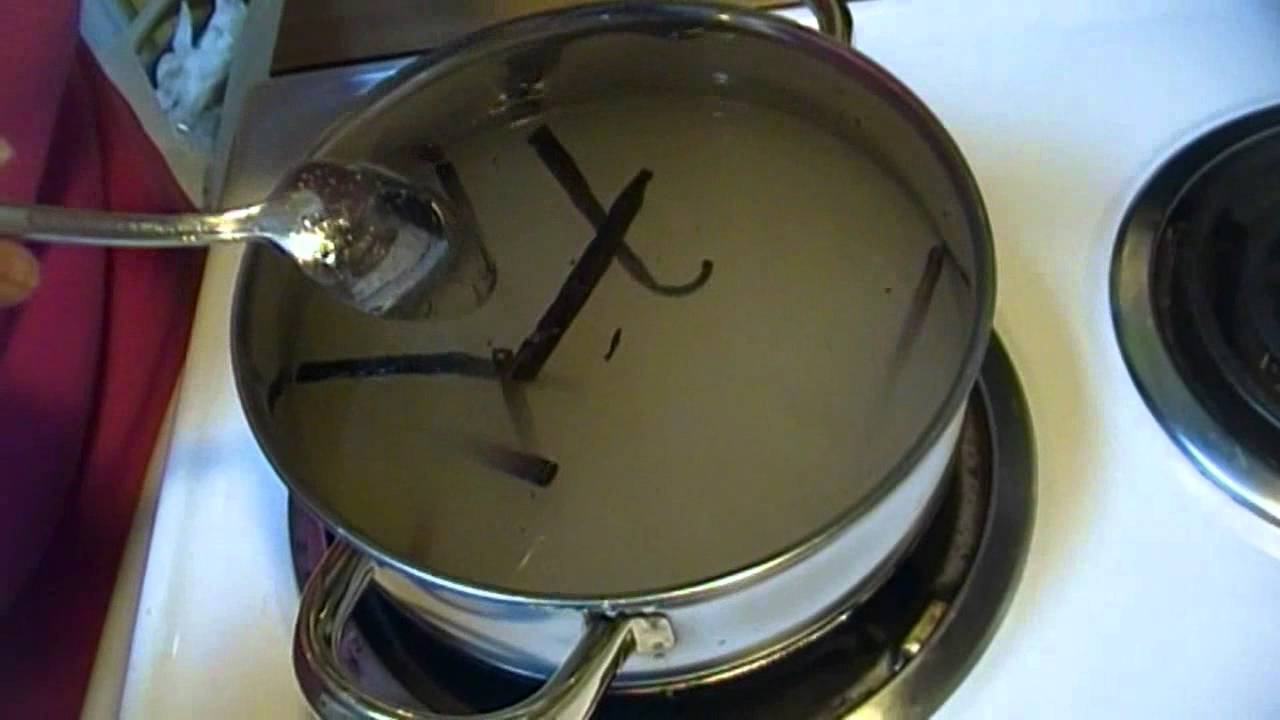 I have been using a bottle of vanilla syrup that I got on clearance at the local big box store a couple years ago. Normally this size bottle sells for anywhere between $6 and $8. There is no reason why this cannot be made at home! You will need some vanilla beans though.

I buy my vanilla beans from Vanilla Products USA. They can be found on their website:
http://www.vanillaproductsusa.com/servlet/StoreFront

They have the best prices, hands down on vanilla beans of all grades! I usually don’t go out of my way to purchase the fancy grade “A” beans because I use them to make extract and infusions so using the “extract” grade “B” beans is the best way to go. You can get 1lb for around $27.00. On the surface that may seem expensive, but there are a lot of beans in a pound! Considering what you pay for 2 beans in a jar at the grocery store that are probably stale, this is a fabulous deal. You will get enough beans in a pound to keep you in vanilla extract and syrup for a good long time. They are also fabulous gifts for the cooks in your life! Who among us wouldn’t love to get a box with a dozen or two vanilla beans! Certainly what looks like an extravagant gift!

This is basically a simple syrup with equal parts water and sugar with a 4 to 6 whole vanilla beans thrown in. You can cut up the beans if you want. I used some vanilla sugar that I had been curing for a couple years so there were an estimated 4 whole beans in there that I cut in half. You don’t have to use vanilla sugar to make this syrup.

I brought everything to a boil and allowed it to simmer for about 5 minutes. I removed it from the heat and removed the beans. I did not throw them away. I can still use them for something else. They are not dead yet! I decanted the syrup into a bottle and stored it in the fridge.

As you saw, we had a power outage while making this video. We could have just stopped, edited the video and continued the next day when we did have power. What fun would that have been? I have always said that with me, what you see is what you get and this is no exception. Turned out that we ended up being the only house on the street without power. Lightening took out the transformer that feeds our house. We were in the dark for about 6 hours.

I hope you give this a try and I hope you love it!