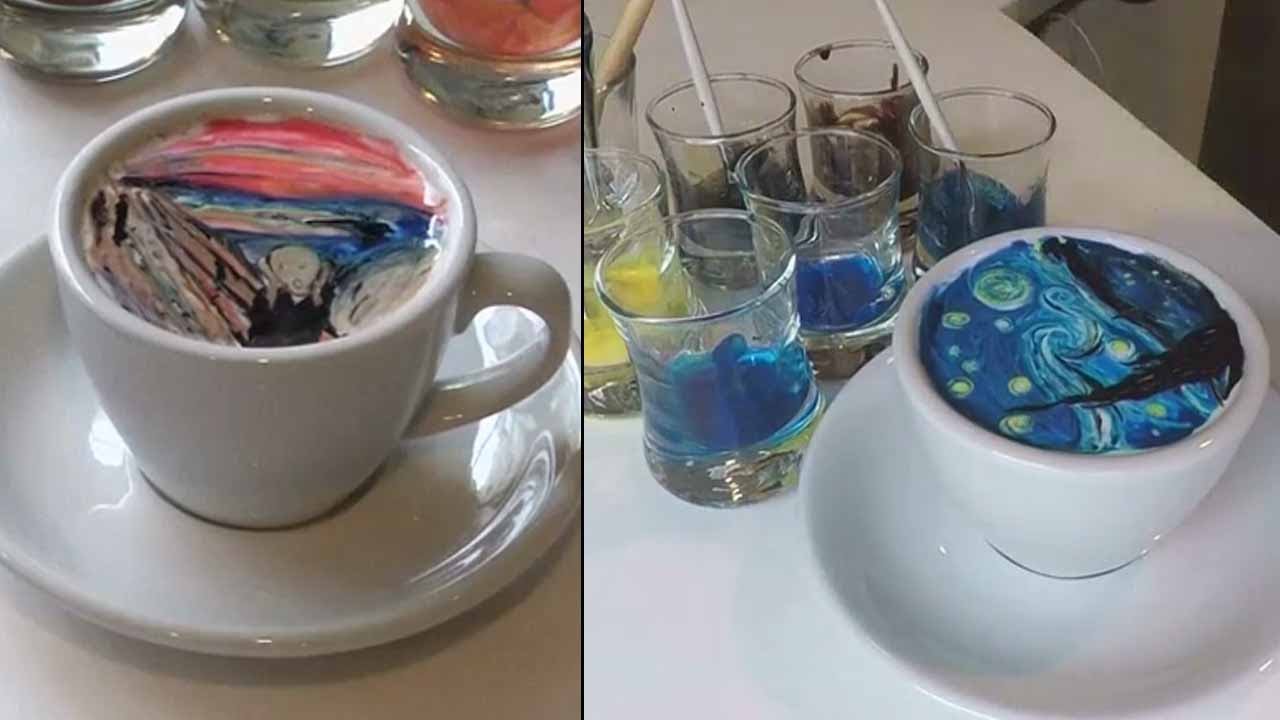 Barista
Share on Facebook
Share on Twitter
Share on Pinterest
Share on LinkedIn
A South Korean barista recreates paintings like “Starry Night” and “The Scream” on coffee. A South Korean barista is gaining popularity online with his recreations of famous paintings like ‘The Starry Night’ in coffee. Lee Kang-bin’s passion started at the age of 17 when he first learned how to make coffee. Three years later, he made it for his fellow troops during his military service at a camp near the border with North Korea. He started making coffee art, or ‘cream art coffee’ as it is referred to on social media, after leaving the military at the age of 21. Two years later, he opened his own cafe, Cafe C. Through, in central Seoul. Lee now has over 160, 000 followers on Instagram. He teaches baristas around the world how to produce coffee art, and has also started classes for enthusiasts in Seoul. Each cup of art costs 10,000 won ($8.72), slightly more expensive than a regular latte found in other cafes in the South Korean capital.
———————————————————————————